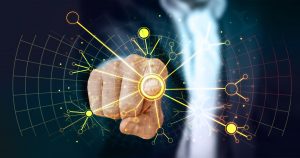 The hardest thing about the future of work is defining the concept. The chief reason has to do with change. It’s constant with new technologies coming online at an increasing pace and changing the way people complete their work.

If the data is to be believed, what HR knows about work is quickly disappearing. Korn Ferry predicts by 2030 a global human talent shortage of more than 85 million people will exist. That’s an astonishing prediction, but changes are expected well in advance of that year. Forty percent of today’s Fortune 500 companies, according to Deloitte, won’t exist in 2025. Additionally, the World Economic Forum predicts 133 million new jobs will be developed by 2022 through artificial intelligence.

For HR, this data points to a very clear path: prepare your company now for the work of the future.

“The fact is we can guess all we want, but we can’t ever truly know what the future holds,” excites Granite Group chief people officer Tracie Sponenberg.”

Despite all the difficulty in defining the future of work and some of the concerns that come with it, Sponenberg said there is some excitement to be had. Other HR professionals agree.

“What excites me most are the new technologies that are going to support employees in making leaps in speed, agility, efficiency, productivity and overall performance,” Andrew Saidy said.

He’s the vice president of talent digitization, employer branding and university relations for Schneider Electric. As the digital transformation of HR continues, we’ve certainly seen advancements in those specific areas. Employees are using more tools that are either digital in part or completely so. Both help employees increase efficiency which leads to an increase in productivity and performance. Technology has also allowed companies to be agile in their approach to work.

GE Healthcare head of global digital learning Christopher Lind agrees with Saidy saying technology helps organizations break all the rules when it comes to connecting, collaborating and experiencing work. Even so, he acknowledges there is still some fear around technology.

“Instead of being afraid of machines taking our jobs, I believe we should be excited that machines can do the rudimentary things we waste so much time doing, so we can focus on the higher order things that really drive us,” Lind said.

Despite Lind’s statement, there is still some concern around the potential loss of jobs to technology solutions — specifically around artificial intelligence and automation.

It might surprise you to know that’s not an uncommon feeling to have. There have been concerns about technology taking away jobs since the First Industrial Revolution in the early 1900s. Here we are 100 or more years later entering the Fourth Industrial Revolution and we’re experiencing similar concerns. While that’s an understood feeling, HR needs to help move the workforce away from this type of concern and focus more on skilling accordingly… what is, sometimes, referred to as future-proofing skills. That’s really the name of the game.

During this particular revolution, new industries and roles will be created. Forrester predicts robots, AI, machine learning and automation will create 9 percent of new jobs by 2025. Some of the new jobs expected to be created include:

Naturally, some will go away. By 2025, Forrester also predicts those same technologies will replace 16 percent of US jobs. Most of the impact will be felt on office and administrative support staff roles as well as roles where workers have a low amount of formal education – the so-called “at-risk jobs”. Learning new skills and building on existing competencies will be crucial to companies wanting to remain competitive in the current climate. The challenge there lies in trying to figure out which skills your employee will need.

The data provided gives HR some indication on where to begin. With more robot, artificial intelligence, automation, and other related jobs expected in the future, employees should start building their knowledge and skill base now.

While it seems daunting, there is some good news. A World Economic Forum and Boston Consulting Group report says “95 percent of at-risk U.S. workers could be successfully retrained for jobs that pay the same as or more than their current positions and offer better growth prospects.”

So How Does HR Move Forward?

Taking employees off-line for weeks to train is pretty much a “no go” at this point in the game. Learning and training almost have to be conducted “on the job” in reality. This isn’t just a need. Many employees actually prefer learning on the job. Keeping up workflow and productivity is important to the continued success of the business. Different companies are using different methods to accommodate this need.

Walmart, for instance, has automated tasks at their stores such as customer checkout. That means associates have more time to train on a multitude of concepts including customer service.

The department store giant is using virtual reality to simulate different issues their associates will experience during their employment. For instance, VR is being used to simulate Black Friday rushes.

AT&T is taking a different approach. The company has instituted a program called “Future Ready”. Essentially, the $1 billion, web-based initiative includes online courses through a myriad of vendors and universities. This allows employees to figure out what skills they need and train for the jobs the company needs right now and will need in the future. Their online portal, called Career Intelligence, allows workers to see available jobs, the skills each requires, the suggested salary and whether or not the area is expected to grow or shrink in the future. It is career pathing at its best and allows employees to figure out how to get from where they are now to where they want to be and the company needs them to be in the future.